Hit the break for Ion Hazzikostas' post on raid design, and the most recent patch 5.4.7 Hotfixes!

Part one can be found here.

Over the course of WoW’s nearly 10-year history, raiding has probably undergone more iteration and change than any other game system. To put the upcoming Warlords of Draenor raid changes into proper context, this three-part blog series will attempt to retrace the twists and turns of our raid design philosophy from Molten Core through Siege of Orgrimmar.

We continue the series by taking a look at raiding today, beginning with Cataclysm through Mists of Pandaria. If you missed Part 1, you can read it here. 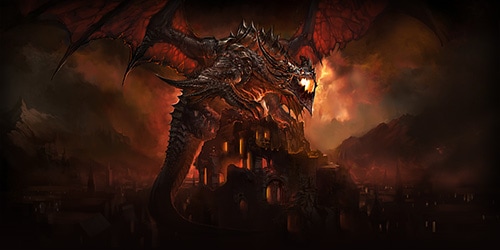 After the rapid iteration on raid systems over the course of Wrath of the Lich King’s content updates, we approached Cataclysm aiming to wrap those designs into a more streamlined package. There were two major concerns that we wanted to address:

Guided by these concerns, we decided to consolidate 10-player and 25-player modes into a single difficulty, single reward tier, and single raid lockout. So in Cataclysm, we allowed raiders to choose their preferred raid size and experience the content as they saw fit.

While we were motivated by good intentions, these changes had some unfortunate side effects. . . . 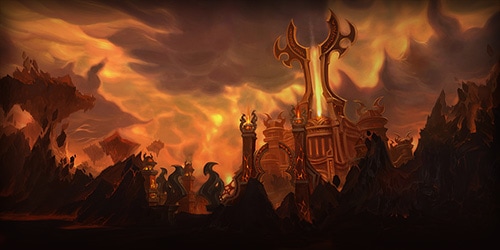 We got better at balancing the two modes over the course of the expansion, but the social consequences of the change continued to reverberate. In particular, raiding had become inaccessible to players who previously had enjoyed playing with their friends or pickup groups, and that was a problem.

Just as Dungeon Finder opened dungeons up to a far wider audience by removing the logistical barriers to finding groups for them, our new Raid Finder held the same promise for raiding. Whereas finding a pickup group even on an active realm required a large contiguous block of time and a fair bit of patience, Raid Finder allowed players to jump right in and experience raid content on their own time and according to their own schedules. The feature was tremendously popular, and it allowed more players than ever before to experience the conclusion of an expansion’s major story arc, as millions of players defeated Deathwing, compared to the thousands that had defeated Kel’thuzad back in 2006.

We learned a lot from Dragon Soul about how to design content for Raid Finder. We endeavored to preserve encounter mechanics where possible, but had to significantly adjust unforgiving abilities—especially those that allowed a single player’s mistake to result in the entire group’s failure. In traditional organized raiding, a group of players generally learns from mistakes and masters content together, and they bring that collective knowledge with them in subsequent weeks. In Raid Finder, which put players in random groups each week, there was a clean slate with regard to mastery of the encounters. Having to essentially redo progression each week is few players’ idea of fun, so we had to significantly accelerate the Raid Finder learning curve. 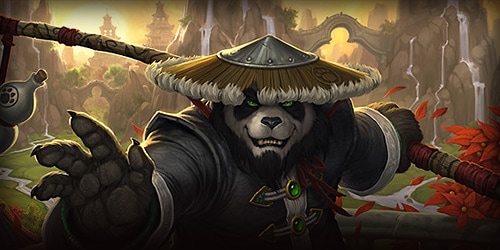 Going into Mists of Pandaria (Mists), we made fewer changes to our raid structure than in any prior expansion. Other than some improved handling of loot for Raid Finder (replacing traditional Need/Greed with personal loot), Mists raiding at launch followed the exact same structure as raiding in Patch 4.3: Dragon Soul. In retrospect, the lack of change actually reflects another miscalculation on our part.

We knew that the Cataclysm changes had effectively removed a difficulty level from our game by raising the challenge of 10-player Normal to match 25-player, and that this change had left a group of players without suitable raid content. By adding Raid Finder, we had returned to three effective difficulties, and given the popularity of the feature, we assumed that this largely solved the problem. We were mistaken.

Raid Difficulty and Raid Groups—An Aside

In broad strokes, there are three distinct types of groups that participate in organized raiding: 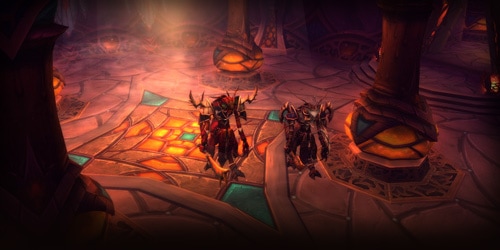 At the start of Mists, Normal modes appealed solidly to raiding guilds, and Heroic difficulty provided a worthy challenge to the hardcore guilds. However, friends-and-family groups—which had once thrived in Karazhan and in 10-player Normal raiding in Wrath—were left without much satisfying content. They made some headway in the new raids, but often got stuck at Elegon (Mogu’shan Vaults) or Garalon (Heart of Fear) without any clear way forward. Running Raid Finder could have helped them get better gear to overcome these challenges, but that often simply wasn’t enjoyable. For the player who just wants to play with his or her friends in a tight-knit environment, solo-queuing was not a satisfying experience; even queuing for Raid Finder as a group wasn’t much better, since the presence of a dozen or more strangers transformed the nature of the activity. Besides, Raid Finder was tuned for randomly matched groups and generally lacked sufficient challenge for even the most casual of organized raid groups.

We realized that we were doing a poor job of serving this important segment of our player community. Raid Finder, it turned out, was great for players who had no interest or ability to participate in organized raiding at scheduled times, but for friends-and-family groups, it was not an adequate substitute for the old 10-player Normal difficulty that went away in Cataclysm. 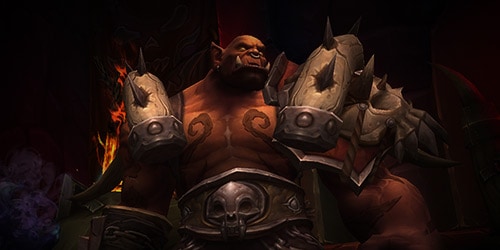 For the Siege of Orgrimmar, we introduced a new raiding mode that was designed primarily to solve this problem: Flexible Raid mode was tuned to be roughly 20% to 25% easier (numerically speaking) than Normal mode, while preserving all of the fight mechanics, but more importantly, it also made use of a new scaling system to allow the content to adapt to any raid size between 10 and 25 players. For players whose priority is just being able to raid with their friends, why force someone to have exactly 9 or 24 friends? Why limit which friends they can play with to those on the same realm? We made Flexible Raids have their own lockout, and we allowed players to kill the same boss multiple times per week—but only loot it once. In general, our aim was to remove as many obstacles as possible that might get in the way of friends who just want to be able to raid together in WoW. (And for those who are wondering, “Then why not allow cross-faction raiding? Why not let me raid with my Alliance friends even if I play Undead?” Fundamentally, Alliance vs. Horde, Orcs vs. Humans, is the heart and soul of the Warcraft universe—we have to draw the line somewhere, and we draw it there.)

We’re tremendously happy with how players have received the new Flexible Raid mode, and we wish we’d implemented something like this sooner. We’re now back to three tiers of difficulty that cover all of the different kinds of organized raiders, while preserving Raid Finder for those who just want to experience the content on their own schedule.